Home
Other kitchen supply
Why does my Ninja Foodi say POT, and do I need to be worried

Do you understand how the Instant Pot wants to be a one-stop-shop that fulfills the need for all your kitchen appliances? Okay, the Ninja Foodi takes the move further by integrating the strength of a multi-cooker with an air fryer.

You must have heard the hype that is being spread about the Ninja Foodi while looking out for pressure cooker or air fryer. We understand that even after getting this option, you might be skeptical about spending on it. It would be best if you were sure that it’s worth spending. We have made this article readily available to get quick assistance about all the minute details of Ninja Foodi.

Unlike other online reviews, we’ll not only tell you about its good qualities but weak too. Ninja foodi has turned out to be one of the best ones amongst all the other air fryers. Continue reading to learn more about it.

What is Ninja Foodi?

It is not only a single appliance but an all-rounder.  It can pressure cook, steam, slow cook, air fry, and saute too. Along with so many options, it also possesses TenderCrisp technology, a mixture of air frying and pressure cooking. This latest technology allows your food to get cooked rapidly and provides it a crispy finishing texture. This makes Ninja Foodi stand out in the market.

Having purchased a Foodi is meant to disassemble you from using three different devices (a pressure cooker, a slow cooker, and an air fryer.) This requires more room than an Instant Pot or an air fryer of its own, yet ultimately eliminating the clumsiness.

What makes Ninja Foodi better than others?

It gives a complete touch to your food by making it fluffy from inside and crunchy from the outside. One of the satisfied customer states:

“The Foodi is surprisingly easy to use and doesn’t skimp on effectiveness in squeezing in its long list of functions.”

It makes cooking easy for its users. It is a perfect device for preparing entrees, desserts, sides, and much more. Its controls can be handled very efficiently. The control-panel features can be used very conveniently with the buttons, and custom settings present there.

Areas of improvement for Ninja Foodi?

Users have often complained about Ninja running hot. If you’re one of such users and ever feel your ninja appliance burning or defective, you need to contact the Ninja CS immediately. They’ll never refuse to provide a helping hand. You’ll only have to inform them about all the settings that you are using.

You might have experienced an error message saying “POT.” There’s no need to panic if you’ve already followed all the instructions because there’s always a solution. There was a user who tried out slow cooking on the first day when he bought Ninja Foodi. He followed all the instructions, but this error message appeared soon after 20 minutes, even when the cooking pot in it was full of food. Therefore, according to other Ninja users, he was given a satisfactory reply to this query. According to other regular users, it might have been a sensor error that caused this message to appear on your Foodi. There were several other users who got LID error when they selected fry options, even when the lid is attached to the system only. Hence, this must also be a sensor error. Or even there’s a possibility that there might be something stuck at the bottom of your pan, as another user experienced this same issue with a different system.

According to the statistics, the lid error is the most common complaint from the users. When we analyze Ninja Foodi carefully, we get to know that it is two devices and requires two lids to function accurately. The air frying lid is connected with a hinge while the pressure removing lid can be removed whenever you want to.

One of the regular users of Ninja Foodi said:

“When using the pressure cooker, we found ourselves wishing we could remove the air frying lid. It just kind of sits there, and it’s heavy and awkward while you pressure cook.”

Also, according to some of the other users, Foodi is exceptionally bulky, and it occupies the place of multiple appliances in your kitchen. According to them, it is not a convenient device to keep in your home.

What makes it better than its competitors?

If you’re one of those customers, who can ignore the bulkiness of Ninja Foodi, then you’ll observe this appliance outperforming all the other ones available in the market today. Hence, it succeeds in the competition apart from its bulkiness and heaviness.

The air frying functionality available in the Ninja Foodi makes it exceptional, amongst others, because there is no such competition available in the market today. It beats all other cookers when it comes to the taste of the food. A large number of reviewers admire the food cooked in this appliance under its pressure, along with the crispiness of items prepared in their air fryer. When it comes to the quality of food made in it, there’s no competition.

Ninja is a lot easier to clean as compared to other Instant Pots. Do you know why? Its Foodi’s plastic exterior that makes it this reliable and easy to clean. The features that Foodi has cannot be found in any regular Instant Pot. Where else would you find an additional air fryer functionality?

Do you think it’s worth the price and hype?

Apart from a few disabilities, it is worth every penny spent on it.  Having so many functions in a single appliance, Foodi is not cheap. It costs about $249.99 on amazon. If you include it in your regular usage, then it would definitely be worth it. What else would a cooking enthusiast need when he has such an appliance to perform all cooking functions?

Few people are often worried about the space, although they need certain appliances but this all-rounder helps such people by having all the functionalities. So are you buying one for yourself or not? 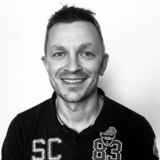